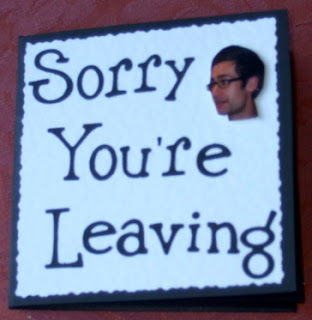 I made a card for a work colleague who is leaving for pastures new. As it needed to be signed by the members of staff I decided to make a folding card so there were more areas to write on.

The front of the card was made using an Sizzix Extended Cuts alphabet Wingo Zingo. I must admit I used this for the first time and so far am not impressed with it as it didn't provide an even pressure an the letters. It wouldn't cut through some of the card at all and I had to experiment with different layers. Will need to persevere with it I think. 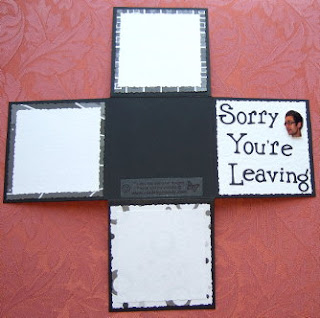 The masculine papers are a combination of Papermania, Dovecraft and DCWV. 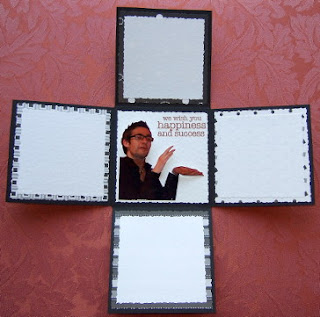 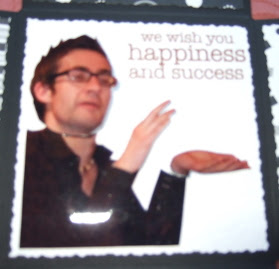 The central photo is one that was taken at a recent birthday party and I decided to put springs behind his head and hands so they wobble about. It was such a funny photo and he was so animated. My hubby thought he looked like Stephen Hawkins but Mark loved it !
Posted by Made by Mandy at 12:49